South Texan of the Year 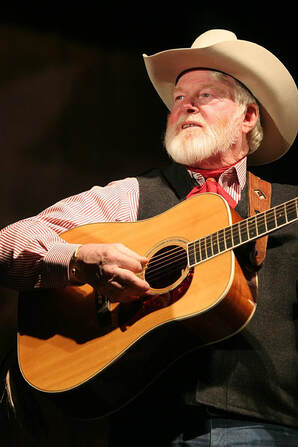 For over 50 years, Red Steagall has entertained around the globe as a recording artist, songwriter, television, radio, and motion picture personality and cowboy poet.

In 1991, the Texas State Legislature selected Red as the “Official Cowboy Poet of Texas”. In 1994, Red launched his one hour syndicated radio show, Cowboy Corner.  Critics across America have referred to Cowboy Corner as “masterful”.  Heard in about 155 markets in 34 states, Cowboy Corner is in its 26th year of broadcast.

Red’s first book, titled Ride for the Brand was published in March of 1993. His second book, The Fence That Me and Shorty Built was released in April of 2001. In the Fall of 2003, his third book, Born to This Land, was released by Texas Tech University Press. In 2004, Red released his fourth book titled, Cowboy Corner Conversations, published by State House Press, which is a collection of interviews from his Cowboy Corner radio show.

In 2006, Red was awarded the prestigious Charles Goodnight award and named the Poet Laureate for the State of Texas. In June, 2012, Red was presented with the Boss of the Plains award from the National Ranching Heritage Center in Lubbock, Texas and in October of 2018, he was presented with the Golden Spur Award from the National Ranching Heritage Center which is located on the campus of Texas Tech University.

These honors highlight Red Steagall’s commitment to the preservation of our agricultural community and are recognition of his love for the land, America, individual freedom, and private property.